Although our first projects are yet to be completed

Our proven experience and expertise is already well recognised

The team behind WoollensBrook Developments has a long history of developing appealing environments in the United Kingdom and the Netherlands. We have a successful track record in innovative small scale residential solutions to much larger integral area developments.

We understand the complexity involved when you design and develop a residential area to meet the needs of numerous stakeholders. It is key to have an open mind and level-headed attitude to all development challenges. We aim high and don’t settle for being one of the crowd. We have a clear development vision and continually question the status quo. We have the depth of knowledge to understand why circumstances are the way they are, what are the real motives behind them, how did they arise and how can they be positively incorporated in the solution?

In collaboration with VolkerWessels, we bring innovative solutions to unlock difficult land developments. This is a key strategy for us. We can address contamination and landfill locations, together with sites that pose significant access challenges. Civil engineering skills like remediation, reclamation, earth works, infrastructures and flood defence enable us to unlock sites that you may consider problematic. Our knowledge and imagination allows us to reveal the potential and value in land and sites that have been previously disregarded.

This scheme enabled a 50 hectare residential and industrial development in Hinckley, Leicestershire by developing viable solutions for the site remediation and infrastructure. The site includes 345 new homes, along with leisure, retail and commercial facilities.

The infilling and modification of reservoirs and ponds then created land that can be developed and improved landscaping. Close liaison with a significant number of stakeholders including Network Rail, the Canal and Rivers Trust, and the Environment Agency were therefore critical to this scheme. 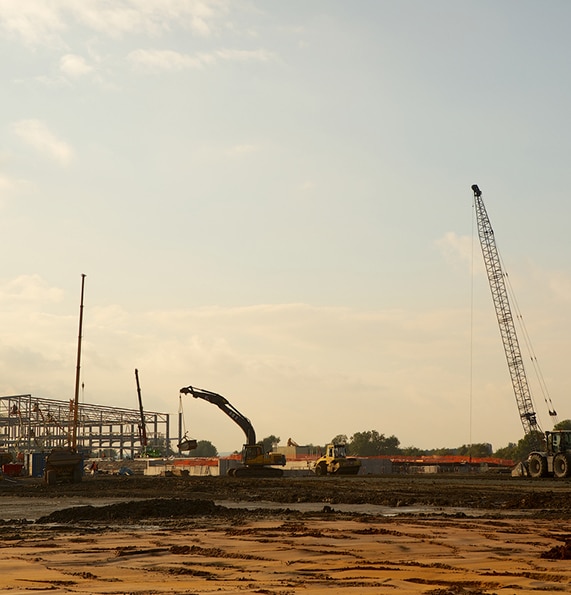 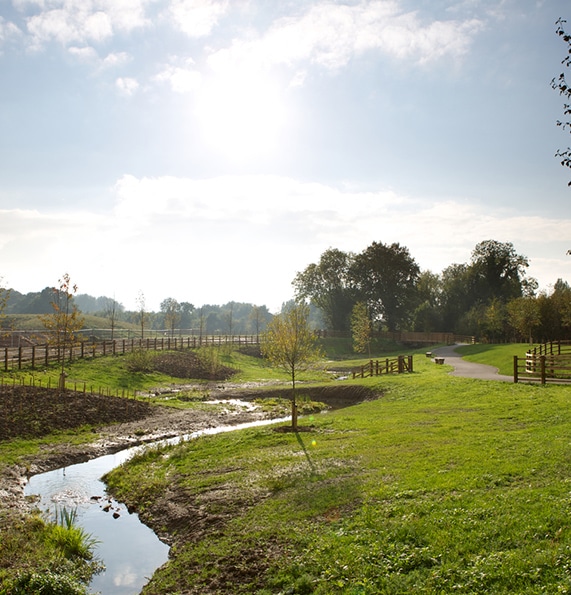 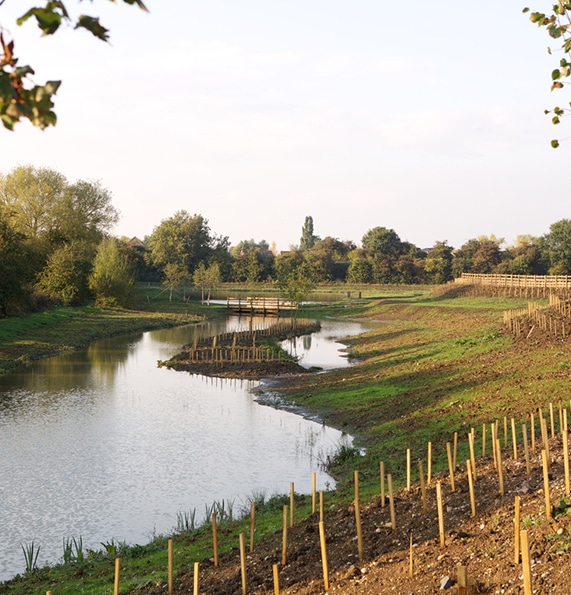 The Avenue Coking Works transformed 98 hectares of heavily polluted industrial land into a place that can be used and enjoyed by people and wildlife. The site in Derbyshire was previously occupied by a large coking works and was one of Europe’s most contaminated land areas. Huge amounts of hydrocarbons, asbestos, cyanide and arsenic had contaminated the site and made it unsafe, and a public health issue and blocked any future development of the area. The clean-up involved the excavation of over 2,000,000m3 of material, including the remediation of two silt lagoons, a registered asbestos containing waste tip and ground pollution caused by heavy metals and waste chemicals. The project used techniques that had not been used in the United Kingdom on such a large scale before, including thermal desorption, bioremediation, complex sorting and soil washing, and a water treatment plant. Almost all of the treated material was reused on the site as part of the commitment to ensuring sustainable regeneration.

On completion, the site delivered public open space and amenities, 70 hectares of nature reserve, wetland habitats and a 28 hectares housing and light industrial development area. Planning has been granted for 469 new homes, as well as a new primary school and community facilities. 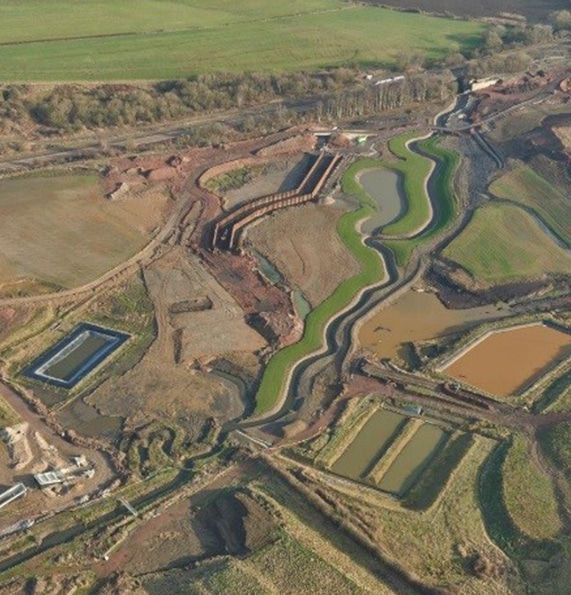 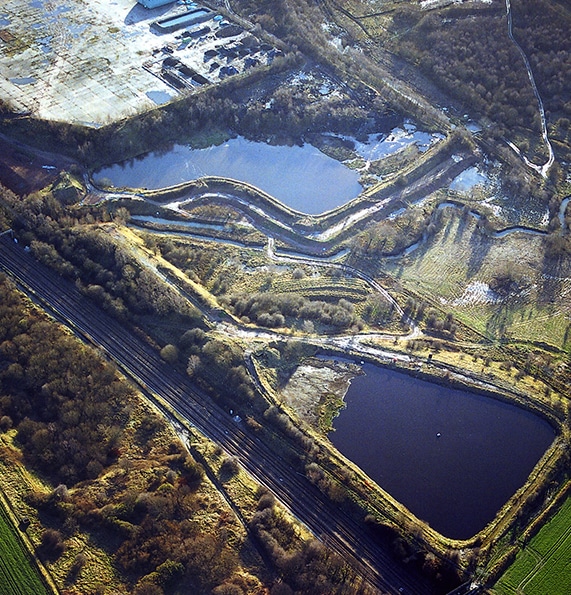 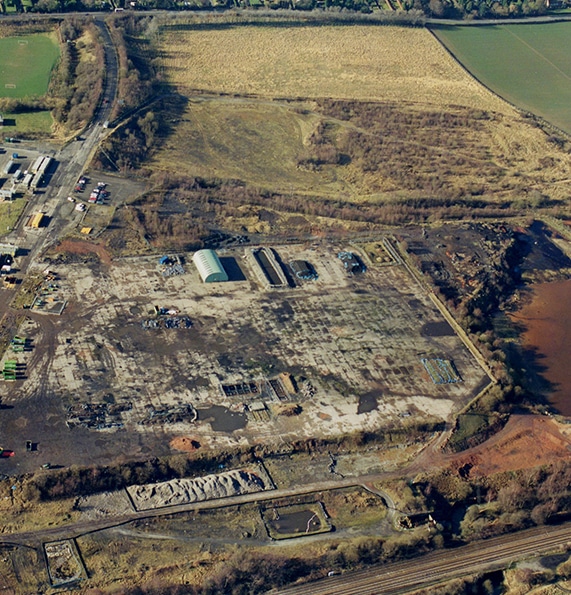 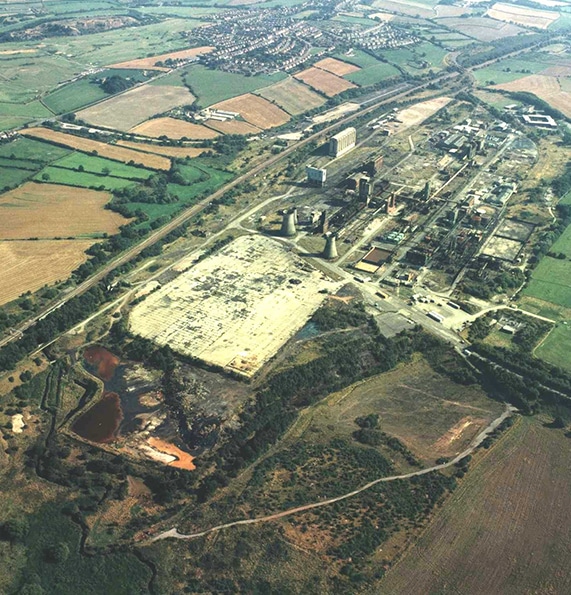 This scheme created a valuable development platform for 158 homes in this prime south east commuter town on a previously derelict site. It involved regeneration, flood alleviation, remediation, access improvement and amenity enhancements. It also provided flood protection for 200 existing properties and a school.

The project required the remediation of 12 hectares of historic landfill, including the extensive treatment of 100,000m3 of material. The site was completed in phases, having been remediated to the satisfaction of the local Environmental Health Officer and Environment Agency, and resulted in the disposal of only 700m3 (0.64%) of material.

The project has delivered substantial environmental and ecological improvements, including water storage areas and aquatic habitat creation. Benefits for local residents are significant, with this previously derelict site now having a multi-use games area for football, basketball and other sports, various footpaths and cycleways and new parkland. 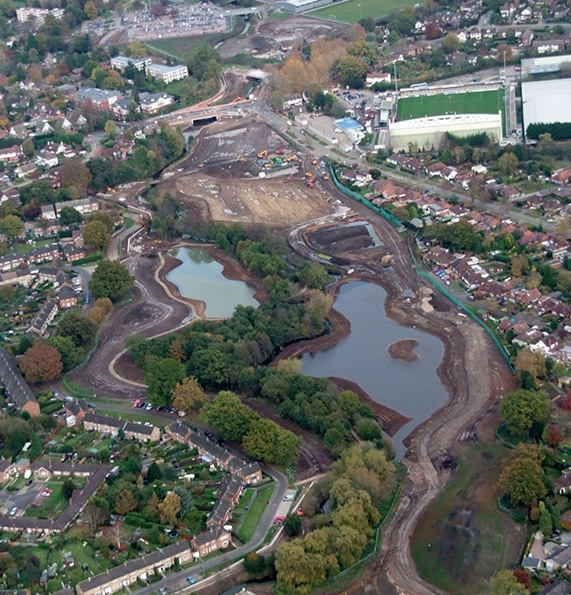 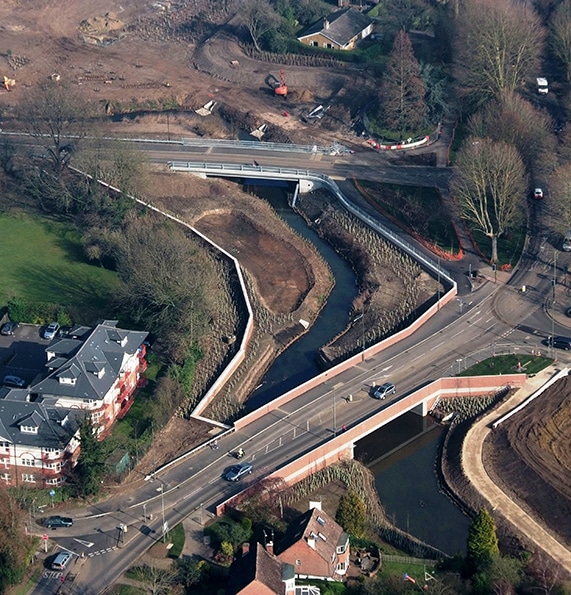 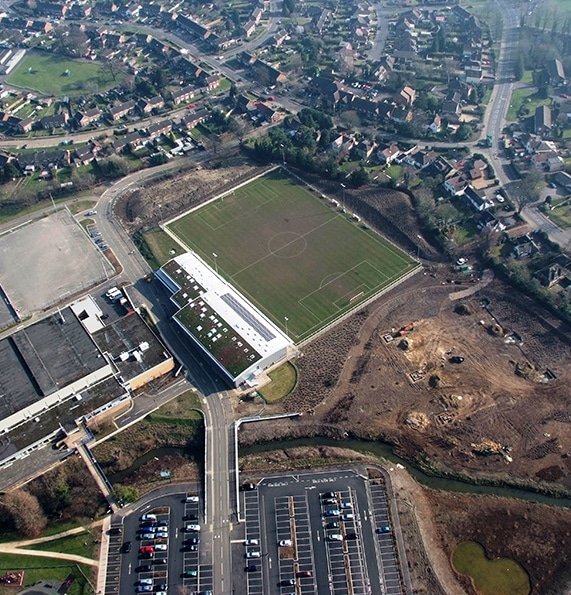 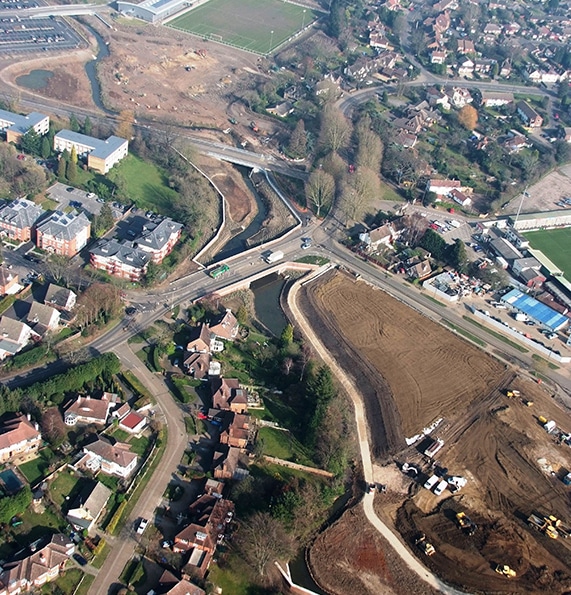