Innovations for the UK residential market 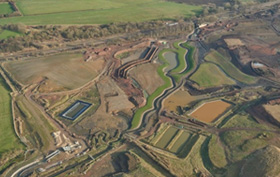 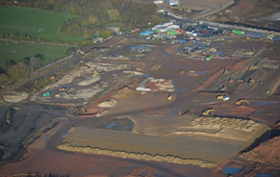 The Avenue Coking Works transformed 98 hectares of heavily polluted industrial land into a place that can be used and enjoyed by people and wildlife. The site near in Derbyshire was previously occupied by a large coking works. Huge amounts of hydrocarbons, asbestos, cyanide and arsenic had contaminated the site and made it unsafe, a public health issue and blocked any future development of the area.

Despite containing several rare species of flora and fauna, the site was one of Europe’s most contaminated land areas. The remediation strategy had to include measures to protect or transfer and subsequently enhance the area to support these species in the future.

The clean-up involved the excavation of over two million cubic metres of material, including the remediation of two silt lagoons, a registered asbestos containing waste tip and ground pollution caused by heavy metals and waste chemicals. Almost all of the treated material was reused on the site as part of the commitment to ensuring sustainable regeneration.

The project used techniques that hadn’t been used in the UK on such a large scale before, including thermal desorption, bioremediation, complex sorting and soil washing, and a water treatment plant.

On completion the site delivered public open space and amenities, 70 hectares of nature reserve, wetland habitats and a 28ha housing and light industrial development area.  This is providing significant benefits for the local community as well as environmental enhancement.  Planning has been granted for 469 new homes as well as a new primary school and community facilities.